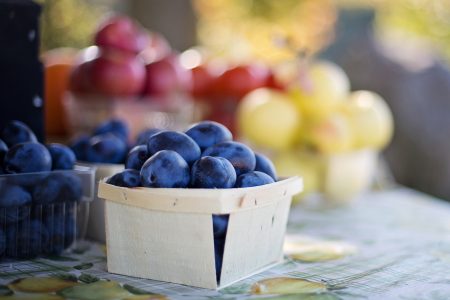 1. Has there been an increase in the number of Boston-area vegans participating in Boston Veg Society events? If yes, to what would you attribute the increase?

Yes, the number of participants in Boston Vegetarian Society events has increased steadily over the years. We have happily added extra seatings at our holiday dinners, a second night to our pre-Thanksgiving event, expanded our October festival, the Boston Veg Food Fest, to two days, and last year expanded our festival space to two exhibit floors and a large auditorium for speakers.

As to why the increase…

Through books, documentaries, the Internet, and others, people are learning that their food choices have a big impact. People feel good about themselves for eating in a way that does the most good and least harm — protecting our planet and the animals, while taking care of themselves with delicious and health-promoting plant foods.

Undercover videos have put a spotlight on the previously hidden horrors of animal farming and slaughterhouses, while videos circulate of farmed animals and fish showing their will to live and enjoy life. More people are feeling that since they can live well without harming or taking animals’ lives, then why do it.

2. What do you think of the growing number of vegan restaurants, restaurants that offer vegan menus, vegan products sold in supermarkets, etc?

We are lucky to have a great assortment of vegan restaurants offering many scrumptious cuisines! It is exciting to dine at them and see them packed with non-vegetarians enjoying a delicious meal, or incorporating more plant-based meals into their repertoire. Regular restaurants are learning that they must offer vegan options — and some offer separate vegan menus — or they will miss out on this growing customer base.

The vegan marketplace is exploding. There is a vegan version of virtually everything, with more and more options being added, so any food wish can be met. Plant milks are now prominent, and in some stores dominate the dairy aisle. Many vegan cookbooks are published every year.

3. Is veganism the wave of the future?

I believe it is, and others do as well. The Economist declared 2019 The Year of the Vegan, while Forbes predicts 2019 as the year plant-based living goes mainstream. Environmental organizations like the Sierra Club encourage easing into veganism, citing the United Nations Intergovernmental Panel on Climate Change. “High among its prescriptions for limiting global sea level rise and climate disruption is an advisory for humanity to reduce its collective consumption of animal products…”

4. What is the greatest obstacle — that you hear — from people who say that they like the idea of being vegan, but just can’t bring themselves to do it?

Habit and taste cravings can be hard to overcome. But now taste cravings for familiar foods can be satisfied in the vegan marketplace with a little experimentation. Habits can be changed gradually, so “leaning in” to veganism works well for many.

5. Any tips for people who want to make the transition to a plant-based diet?

6. What is the biggest misconception about going vegan?

One misconception is that vegan foods are a separate class of food, different from all that is familiar to us. Another is thinking that it will be limiting or restrictive to be vegan, when in reality there is variety and abundance. Sometimes you will want to plan ahead, but that’s easy when the rewards of living vegan are so great.